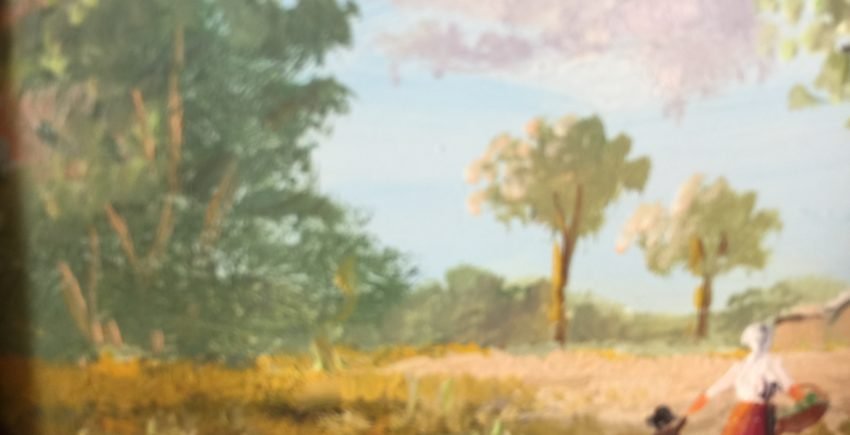 A Study of Ruth 2

Introduction: If you’re worried about raising children in a difficult age, let me recommend the book of Ruth. The prior book, Judges, tells of a long period of cyclical sin. Everyone did what was right in their own eyes, not what was right in God’s eyes. The book ends with two stories that are so reprehensible it’s difficult to read them. But then, by mercy, we turn the page and come to another story—the book of Ruth. This story tells us that even in evil times like those of Judges, God can bless us and our families if we repent and return to Him. We can have good marriages, happy homes, and healthy children even in difficult times. But we must be sensitive to the need for repentance.

Review: In the first chapter of Ruth, a family of four leaves Bethlehem for Moab, apparently out of the will of God, without prayer or guidance. The three men all perish in Moab. Naomi decides to return home, along with her Moabite daughter-in-law, Ruth, who has committed herself to the Lord. Naomi and Ruth both turn from their Moabite experience in repentance, showing us five distinct changes that occur as we return to Him.

Ruth 1 opens with a famine and closes with a harvest. What had happened? The people of Bethlehem had returned to God, the rains had fallen, the crops and grown, and the harvest was full. It was a time of refreshing and revival. As we work our way through chapter 2, we realize Bethlehem is in the throes of a spiritual awakening. There is prosperity in this chapter. There is happiness and kindness and is romance in this chapter. There is a revival going on in Bethlehem.

I long to see a revival in our land, and we’re praying for an awakening in Nashville. But whether or not this city and this nation is awakened, we can be. We can live in a state of personal revival. The Psalmist said, “He restores my soul.”  There have been times I’ve gotten so busy or so angry or so distracted my spiritual health has suffered. I had to recognize that and repent and return. I had to get into my Bible and turn things back over to Lord and rededicate myself to Him. That’s how we go from the famine to the harvest.

2. You Have Providence on Your Side (Ruth 2:1-3) – Now Naomi had a relative on her husband’s side, a man of standing from the clan of Elimelek, whose name was Boaz. And Ruth the Moabite said to Naomi, “Let me go to the fields and pick up the leftover grain behind anyone in whose eyes I find favor.” Naomi said to her, “Go ahead, my daughter.” So she went out, entered a field, and began to glean behind the harvesters. As it turned out, she was working in a field belonging to Boaz, who was from the clan of Elimelek.

That’s the testimony of everyone who walks with God through Jesus Christ. When we’re where God wants us, His providence works for us. Somehow God even turns the curses into blessings, somehow the circumstances end up working on our behalf.

There once lived a dedicated Christian who was a painter, very gifted with oils. He was called America’s Leonardo. His paintings were famous around the world, and he painted great historical panoramas showcasing the history of the nation. He greatest desire was to paint scenes from American history on the panels on the walls of the Rotunda of the capitol building in Washington, but another artist was chosen. Disappointed, this man laid down his brush and pursed a hobby—electricity and the sending of signals across wires. A dozen years later he stood in that same capital building and sent the first telegraph from Washington to Baltimore. His name was Samuel Morse, and historians say he launched a revolution greater than any imagined by Caesar or Napoleon—the communications revolution. His first telegraph said, “What hath God wrought,” for he understand it was all from the hand of God. His greatest disappointment led to an achievement greater than he could have imagined, and he saw the hand of God’s providence in it all.

We could take every Christian’s biography and title it: “As it turned out.”

One of the surprising things in this chapter is how many blessings it contains. There are six times when people called down God’s blessings on others.

Just then Boaz arrived from Bethlehem and greeted the harvesters, saying, “The Lord be with you!” “The Lord bless you!” they answered.

Having greeted his workers, Boaz checked out the progress of the harvest and his eyes traveled to the end of the field where he spotted Ruth.

Boaz asked the overseer of his harvesters, “Who does that young woman belong to? “The overseer replied, “She is the Moabite who came back from Moab with Naomi. She said, ‘Please let me glean and gather among the sheaves behind the harvesters.’ She came into the field and has remained here from morning till now, except for a short rest in the shelter.”

It’s not hard to read between the lines here and find love at first sight.

So Boaz said to Ruth, “My daughter, listen to me. Don’t go and glean in another field and don’t go away from here. Stay here with the women who work for me. Watch the field where the men are harvesting and follow along after the women. I have told the men not to lay a hand on you. And whenever you are thirsty, go and get a drink from the water jars the men have filled.” At this, she bowed down with her face to the ground. She asked him, “Why have I found such favor in your eyes that you notice me—a foreigner?”

Here are the third and fourth blessings in the chapter:

May the Lord repay you for what you have done. May you be richly rewarded by the Lord, the God of Israel, under whose wings you have come to take refuge.

Wouldn’t it be something if we said something like that to our children each morning when they went off to school? What if we prayed for one another in these terms? These statements are actually prayers—short, little, precipitous prayers that we offer in the presence of another.

4. You Have Peace Beneath His Wings (Ruth 2:12) – Boaz said: May the Lord repay you for what you have done. May you be richly rewarded by the Lord, the God of Israel, under whose wings you have come to take refuge.

Ruth responded by saying:  May I continue to find favor in your eyes, my lord. You have put me at ease by speaking kindly to your servant—though I do not have the standing of one of your servants.

Boaz created a figure of speech often repeated in the Bible — finding security and a hiding place beneath the wings of God. Jesus used this of Himself, saying He longed to gather His people under His wings like a chicken does with her chicks. Well, under the merciful wings of God, Boaz and Ruth got off to a good start and both worked through morning, but I have a feeling Boaz kept glancing over in Ruth’s direction. The passage goes on to say: At mealtime, Boaz said to her, “Come over here. Have some bread and dip it in the wine vinegar.”

This was something like their first date. We can learn a lot from this. If you want to date a girl, just ask her to go out with you have some bread and vinegar.

5. You Have Provision in Your Pathway (Ruth 2:13-19) – When she sat down with the harvesters, he offered her some roasted grain. She ate all she wanted and had some left over. As she got up to glean, Boaz gave orders to his men, “Let her gather among the sheaves and don’t reprimand her. Even pull out some stalks for her from the bundles and leave them for her to pick up, and don’t rebuke her.”

Now at the risk of spiritualize this verse, I want to suggest that’s what God does for us. When we are where He wants us to be, somehow, we find that unexpected little bundles of blessings fall into our pathway.

Now we come to an important sentence that helps us understand the importance of the book of Ruth to the entire story of God and to the story of redemption. She added, “That man is our close relative; he is one of our guardian-redeemers.”

What is a guardian-redeemer? In the Law of Moses, there was provision made for women who found themselves in crisis, widowed without any children to carry on the family. If there was a relative connected to their husband, that relative had the obligation of doing two things:

Boaz was that relative. He was the man qualified by the Levitical law to redeem Naomi—and by extension, her daughter-in-law Ruth, through marriage and the restoration of her property.

That’s what it meant to be redeemed. Ruth is a book of redemption. In fact, the Hebrew word for “redemption” occurs in one form or another 23 times in this short little book. And it all points to Christ. Boaz is a type of Christ. He is a prefiguration of Christ.

This is what Jesus does for us. He redeems us for Himself and we become the Bride of Christ, and He restores to us everything we lost through sin and disobedience. He is the reason we can repent and return to God.

Naomi was beginning to put things together.

Then Ruth the Moabite said, “He even said to me, ‘Stay with my workers until they finish harvesting all my grain.’”

Naomi said to Ruth her daughter-in-law, “It will be good for you, my daughter, to go with the women who work for him, because in someone else’s field you might be harmed. So Ruth stayed close to the women of Boaz to glean until the barley and wheat harvests were finished. And she lived with her mother-in-law.

The story will continue in the next chapter, but for now think of the changes that will occur in your life if you repent and rededicate yourself to Christ. You will have…

All because of your Guardian-Redeemer.