My friend Jane Greenway once told me that oil paintings are restful to the eyes. Maybe my eyes needed a lot of rest, because since then I’ve become a great fan of oils and watercolors. Last weekend, Richard Ensing came to some meetings I held in Pigeon Forge, and afterward he invited Grace and me to the home and studio he shares with his wife, Pat, and their son, Curt.

I’ve been going to Gatlinburg and Pigeon Forge since I was a child, and I’ve visited many artist galleries and studios. Dick’s are the most beautiful I’ve seen, and due to his kindness I’m now a proud owner of an Ensing original.

Dick’s studio is less than two miles from Dollywood, and he paints in the tradition of the French impressionists. In fact, Dick is known as the “Premier Impressionist of the Great Smoky Mountains.”

Many of his painting are inspired by the Smokies and by nearby Cades Cove. He loves this area, he says, because “as the light in the mountains is filtered by the atmosphere causing the colors to have a prismatic effect, it creates a mood that captivates the feeling and beauty of God’s awesome power.”

Dick comes by his skill naturally. He is the fifth-generation of the legendary Dutch painter Adrian Van Der Werf (1659-1722).

He gave me permission to photograph some of his work and share it with you. My photography isn’t as good as Dick’s artwork, so forgive the glare and odd angles. But check out his Facebook page (Dick Ensing) and if you’re going to Pigeon Forge, stop by his studio. It’s like visiting a homespun museum. You might come away with a painting or a print that will be, oh, so restful to your eyes. 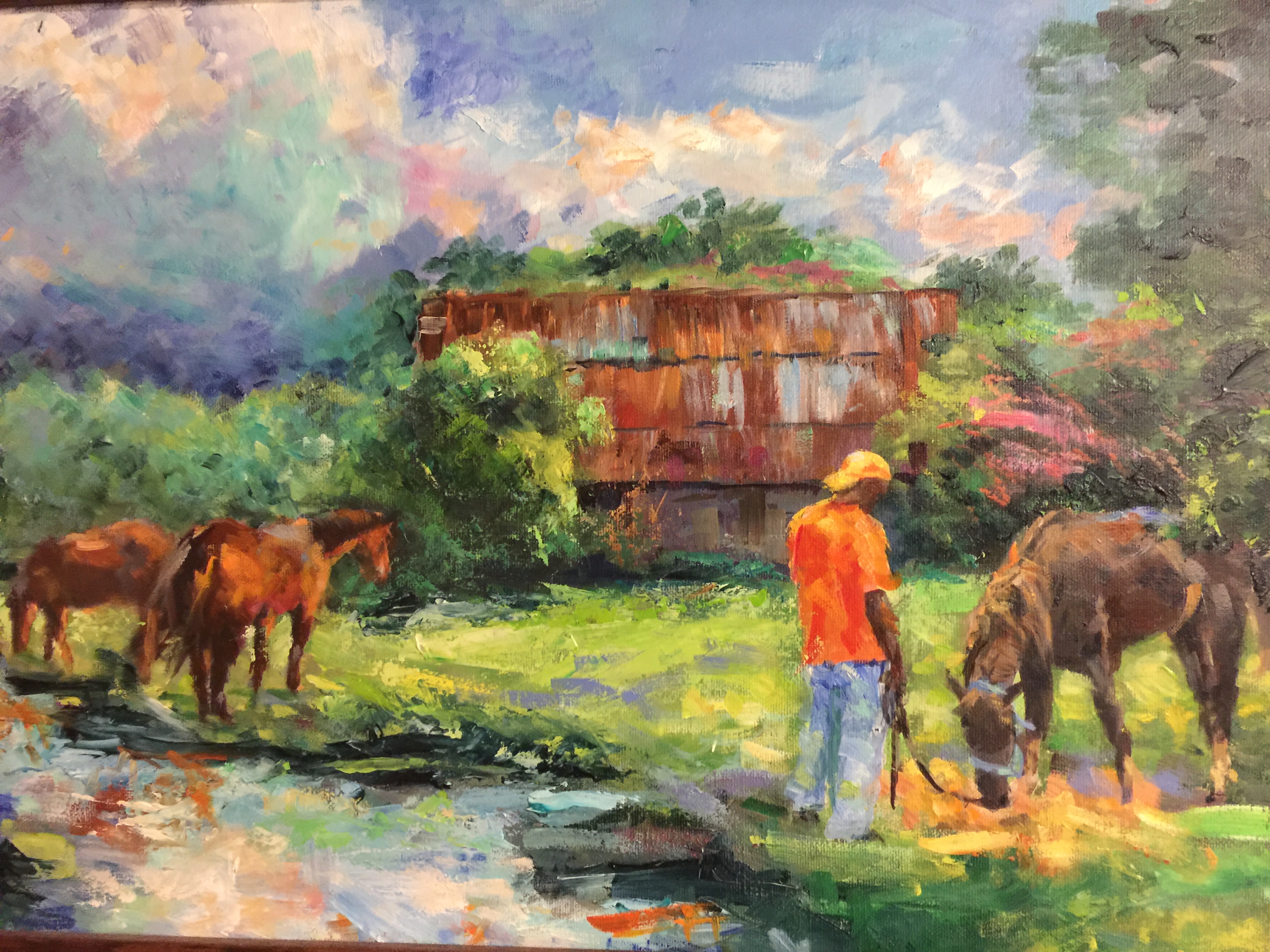